I’m conducting an experiment in August – no TV.

Recently, someone asked me what shows I watch. I said I don’t watch much and then listed everything I watch. I was embarrassed – and surprised – by the long list, to say the least.  Of course, I’m not alone in my habit. The average American watches five hours of TV a day, according to Nielsen.

While my habit isn’t that excessive, I realized that TV viewing was cutting into time I could be spending doing other things. Like what? How about – 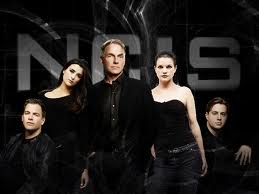 Since NCIS is in hiatus, I’m choosing August to give up television to determine how much more productive I can be.

In other words, I could be doing instead of simply observing. So for August (and I admit I planned this so I’d be back to viewing to catch new episodes of my favorite show, NCIS) I’ll keep the TV behind the closed doors of the armoire and see how much I can accomplish.

Who knows, if my productivity soars, I may just give it up permanently and also save some money.