When Virginia Commonwealth University’s basketball team kept advancing in the NCAA basketball  tournament this past spring, the communications team managed it as a crisis.

It was a good crisis, but it was still a crisis,” said Pam Lepley, executive director, Division of University Relations at VCU. “Treating it like a crisis enabled us to streamline our decision making process.”

Promoting the team’s athletic success happened naturally. But this was also a time for VCU to shine and to highlight its academics and gain additional donor support. That meant that many departments were involved in communications efforts, including Student Affairs, Business Services, IT,  Alumni Relations, Development and Police.

“It was one wild world,” said Anne Buckley, director of communications and public relations for VCU. “It was exhilarating, exhausting, extreme…. It was every ‘X’ word.”

“This was an opportunity to highlight messages that are often ignored,” Anne said. One story that was placed during this time was about VCU’s diversity. 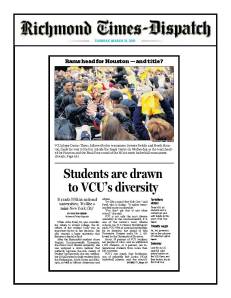 In the first quarter of this year, the school had about 14,000 media placements. During the 27-day period surrounding the tournament, VCU received 11,200 media placements, which they estimated had a total ad value of $15.5 million.

The excitement around the Rams journey to the Final Four also met a much larger presence on social media platforms. Three people were assigned to social media around the clock. The school’s Twitter presence increased 7, 551 percent!

VCU placed 20 home page features on its website during the period. “We reached ‘volcanic’ status in Google trends,” Pam noted.

The communications team also was diligent in capturing all of the moments and created a digital archive.

“Certainly the VCU team was a champion,” Pam said. “University wide, the communications teams were champions, too.”

2 thoughts on “The Big Game: When Athletics Shine the Spotlight on a University”