My cousin lives in Seattle and, if not for Facebook, I would have little contact with her. I’m also in touch with my high school journalism teacher. He continues to teach me all these years later, but if it weren’t for Facebook we’d have no contact. 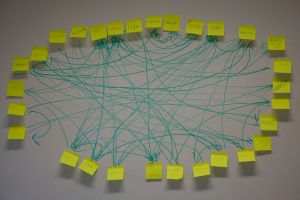 Thanks to Facebook my social connections are stronger than ever. Yet there are those who questioned whether social networking sites would isolate people.

The Pew Research Center’s Internet & American Life Project examined social networking sites in a survey that explored people’s overall social networks and how use of these technologies is related to trust, tolerance, social support, and community and political engagement.

The report is the first national survey of how the use of social networking sites (SNS) by adults is related to people’s overall social networks. The findings suggests that there is little validity to concerns  that people who use SNS experience smaller social networks, less closeness or are exposed to less diversity.

Are you more social because of social networking sites?