Last year I shared how PR executive came in number two on CareerCast’s most stressful list just behind commercial pilot. I’m not sure what has improved since then, but this year it’s down to number seven on the list. 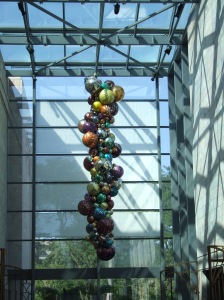 PR executive was chosen because it is a “highly competitive field.” Of course, there is also the public speaking and interacting with members of the media, some of whom can be quite hostile. And don’t forget the deadlines.

CareerCast also ranked event coordinator as stressful, placing it at number six. The events I have planned have been stressful enough, but I’ve never had to do a major one that garnered national attention. Frankly, I would not want that stress.

Among the worst jobs are broadcaster and newspaper reporter, both of which face the same deadlines as PR staff. And reporters have the constant threat of layoffs as the media environment continues to shift. My colleagues in the profession could have told you this without the survey.

If this news depresses you, you might check out the list of best jobs, which includes software engineer, actuary and human resource manager.

Despite the stress, I’m sticking with the communications field. There is still too much to love about it, including being in the thick of things. What do you love about your job?